Bobblehead promotions have been around for more than sixteen years but they won’t be going away anytime soon. Â Giveaways featuring the quirky nodding dolls are still the most popular promotion among sports teams everywhere. Â In fact, ESPN reported that the 2015 Major League Baseball season included a whopping 121 different bobble giveaways, ranging from a “talking” Harry Doyle (Bob Eucker’s character from the film ‘Major League’) to aÂ Jonathan LucroyÂ doll with a green light saber in his hand on “Star Wars” night in Milwaukee.

One of my favorite variations of the popular giveaway is a bobblehead that commemorates a specific moment. Â One that captures a moment and pays tribute in a fun and unique way. Â A great example is an upcoming promotion hosted by Georgia State University when the men’s basketball team will distribute bobbleheads that replicate the moment the team’s head coach fell off his chair during one of the more memorable moments of last season’s March Madness. Â Promotions like these go above and beyond the traditional bobblehead by connecting a promotional item to an event that invokes memories and connects fans to the emotions they felt “in the moment.”

END_OF_DOCUMENT_TOKEN_TO_BE_REPLACED

This is great! Â Georgetown Hoyas soccer will host a “Dumb & Dumber” theme night…pretty unique. Â I love the idea of a spin-off from a popular comedy film like this, so much potential and fun way to generate some excitement for a home game.

Some of the film tie-ins as part of the promo include:

Love it. Â If only they were serving “shrimp on the barbie” as a concessions item… 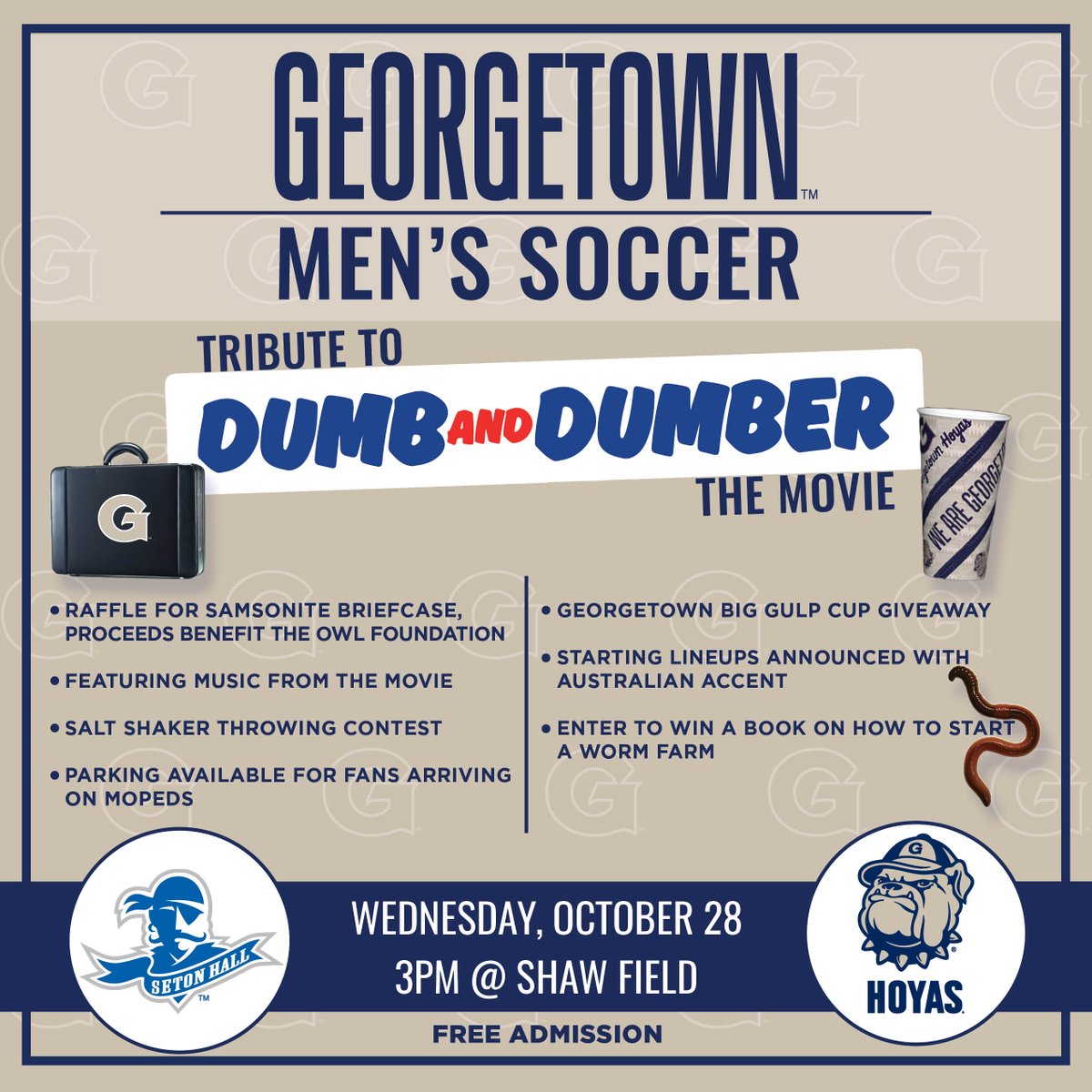 In addition to providing a nice snapshot of the big numbers that drive the business of college sports, the infographic provides some additional findings that might spark a fun and worthwhile conversation in class.