Fans love free stuff. Â Especially t-shirts that are launched into the crowd. Â That’s probably why a “t-shirt toss” has always been one of the most popular promos at sporting events.

However, at the Army vs. Navy college football Bowl game today, Army took things to a whole new level. Before we share that, however, let’s look at the evolution of the t-shirt toss promo. Â Originally, we had your basic t-shirt “toss” where tees were thrown to the crowd.

As venues grew and crowds got bigger, game-ops personnel needed a new way to fire t-shirts to screaming fans in an effort to appease the fans sitting in higher seats. Â Enter the sling shot…

When stadiums grew even larger and 18,000 – 20,000 fans were packed in a venue, the three-person slingshot was no longer good enough and the t-shirt “cannon” was introduced. 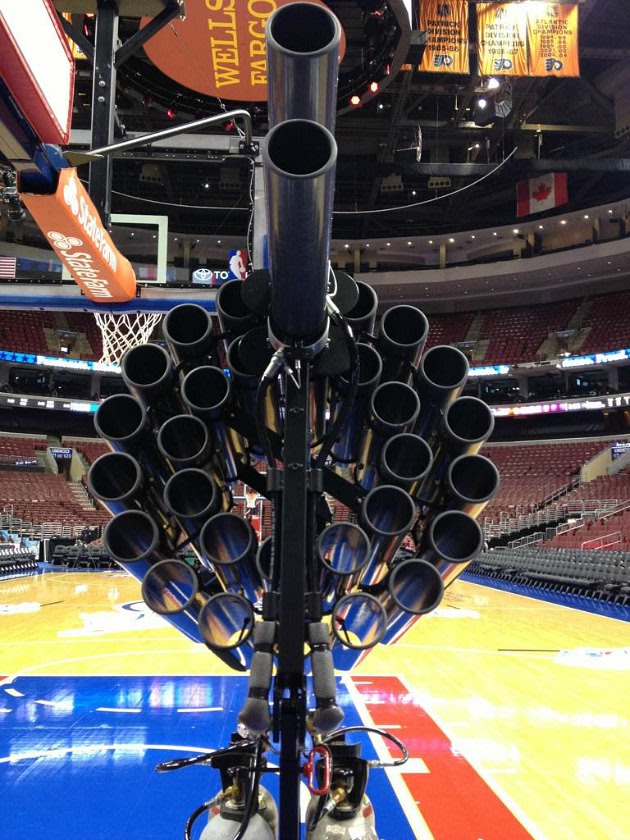 Enter Army’s new “secret (promotional) weapon”, the t-shirt TANK. Â Yes, a TANK. Â Fully operational and loaded with t-shirts. Â Pretty clever branding from the folks at Army, great activation for their sponsorship and a fun promotion for fans attending the game. What will they think of next???

For the high school sports marketers out there, have you considered a t-shirt toss promotion? Â It is a simple and fun way to energize crowds at home games and generate more excitement and enthusiasm surrounding your school sporting events. Â In addition, it is a fantastic tool for attracting sponsors. Â Have the local pizza joint cover the cost of the promo and outfit a few of your students with t-shirts for the game. Â Build a sponsorship package around the promo and include an ad in a game program and coupon distribution to all the fans at your games to help generate revenue for your program. Â And, as always, have some fun with it!