Zillow may be pulling up the welcome mat, but rival Opendoor is expanding into new markets

When Zillow announced that it was hitting pause on its iBuying operations earlier this week, the news sent shockwaves through the real estate industry. Zillow blamed the pause on labor and supply constraints that were hampering its ability to quickly renovate and efficiently turn over its housing inventory. Click here

Walmart is investing in Cruise, General Motors’ majority-owned self-driving vehicle subsidiary, as part of a new $2.75 billion funding round for the company. The decision to invest comes about five months after the companies started developing a pilot program to use Cruise self-driving vehicles for deliveries in Scottsdale, Arizona.  Click here to read the story

In a bid to stand out in a crowded streaming landscape, one of the pioneers has refreshed its design and the way it invites viewers and advertisers to engage with it. Hulu, long a joint venture among multiple media companies but controlled by Disney since 2019, said it was ushering in “One Hulu,” a

Peeps-flavored Pepsi cola has sprung for spring.  Pepsi partnered with the marshmallow brand to launch the limited-edition PEPSI x PEEPS beverage. The new Peeps soda is only available via sweepstakes.  The cola comes in 7.5-ounce mini cans in colors yellow, pink and blue. Click here to read the story at usatoday.com. Discussion Questions:

Target said Tuesday that it hopes to build on recent growth by investing about $4 billion annually over the next few years to speed along new stores, remodel existing ones and increase its ability to quickly fulfill online orders. That represents a step up for the retailer, which invested about $2.65

The High Cost of Chasing Netflix for NBCU and WarnerMedia

After two months of fielding criticism from some of Hollywood’s top filmmakers, WarnerMedia executives finally had something to crow about when AT&T CEO John Stankey revealed Jan. 27 that the much-maligned plan to release its films in theaters and on HBO Max had helped to double the streamer’s audience to

Accenture is launching what it’s calling the company’s biggest brand change in a decade, aided by a $90 million annual media budget that’s triple the normal spend. The campaign, titled “Let There Be Change,” was developed by creative agency Droga5, which Accenture acquired last year. The campaign was developed alongside

‘We have to chart a new path’: Singapore tourism marketing chief on a post-pandemic world

The Covid-19 pandemic has decimated the tourism industry and recovery will take time, as mass international travel will not return in any significant way any time soon. The pandemic has also irrevocably changed consumer behaviour and spending patterns. This means it is crucial that countries like Singapore work closely with 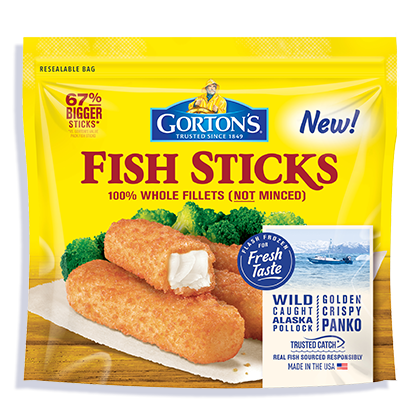 There is perhaps nothing more quintessentially American than the fish stick. Where else but in this nation could one freeze processed whitefish into a brick, cut it up into deep-friable strips, and ship it to a landlocked region like Kansas for immediate consumption? Click here to read the story at

Coke’s Attempt To Engage With Gamers Flames Out On YouTube

Remember Fisher-Price’s classic toy telephone? It’s now a real working phone, and you can buy one

Zillow may be pulling up the welcome mat, but rival Opendoor is expanding into new markets

A ‘Metaverse’ Of Questions: What’s Behind Facebook’s Rebranding?

So glad you & your students found the opportunity to be impactful! Thank you for joining us @ the virtual field trip, we had a lot of fun & look forward to seeing you @ our next event. Can't wait to see how well your students perform with the project we will be sharing as well!😀

Still talking about yesterday’s experience hearing from a creator of @rogerfederer’s brand and CP @Jumpman23 shoes. Thanks @sportsbized for putting it together #studentexperience 3